Europlastiques > WHO ARE WE? > The group 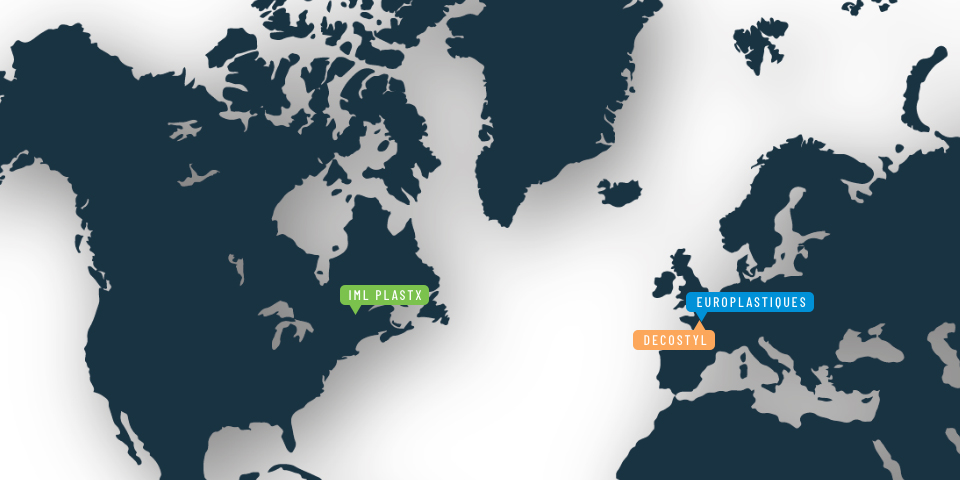 From the Bootz mill to this day, Europlastiques never stopped growing. Europlastiques Group has a head count exceeding 120 employees and 70 of them are working at the head office in La Ruche in the town of Changé, in the Mayenne Département. This state-of-the-art production site is a flagship of the food packaging industry in Europe. Two other companies are also part of the group: Decostyl and IML PLASTX. The Europlastiques Group ambitions to keep growing to better serve its customers.

Decostyl, a trend setter, has been specialized in screen and pad printing on objects since 1983. Being part of the Europlastiques Group, Decostyl combines an artisan approach with an industrial rationale. The Group’s clients have access to a decoration service. While decoration by IML (In Mould Labelling) is carried out at Europlastiques, Decostyl  uses silk-screen printing, pad printing and painting to decorate objects produced in small runs.

In 2017, Europlastiques, decided to start operations in Quebec and acquired IML-PLASTX.
It was the culmination of a long lasting relationship with the North American continent. Equipped with a brand new industrial tool, IML-Plastx is currently a leading player in food packaging in Canada. In 2019, our Canadian company had a booth for the first time at the ProFood Tech show in Chicago.